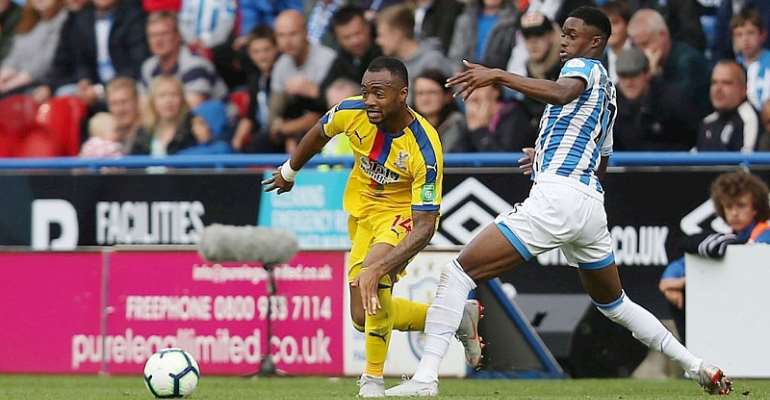 The 27-year-old arrived from Swansea on a season-long loan deal during the summer, but the Ghanaian international is yet to find the net in five Premier League appearances, while Palace have only scored five times in eight league games.

Despite the striker's failure to get off of the mark for the Eagles, Johnson believes Ayew has "done fantastic" since arriving at the club, and thinks the goals will flow once he gets his first.

"[Jordan] Ayew has just joined and I think he has done fantastic, he works hard, and I think when he gets his first goal, he might go on a goalscoring streak. It just takes something like that," Johnson said.

Ayew scored seven goals for Swansea last season as they were relegated to the Championship, and could now be set for an extended run as Crystal Palace's main forward, after Roy Hodgson revealed he'll be without Christian Benteke for the rest of 2018.

Palace have endured a difficult start to the season, losing five of their opening eight Premier League games. However, Johnson is confident that his former club will be safe due to the experience of Hodgson.

He added: "A lot of people are saying it is not fantastic, but if you look at the start from last year, they have got points on the board and it is tough. But the team is looking strong, looking solid. A typical Roy [Hodgson] team, and I think they will be fine."