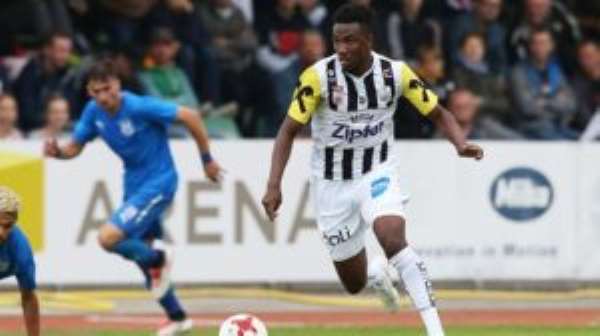 The 22 year old who has been out for six weeks with an ankle injury featured in LASK's 4-0 thrashing of the second division side.

The former WAFA winger came on in the second half.

Emanuel Pogatetz scored a brace in the first half, his first coming in the fifth minute before adding the second in the 39th minute.

Dominik Frieser scored three minutes after the break to make it 3-0 before  Nicolas Meister completed the mauling on the hour mark.

The Austrian side played another friendly with German side Regensburg and lost 2-0.