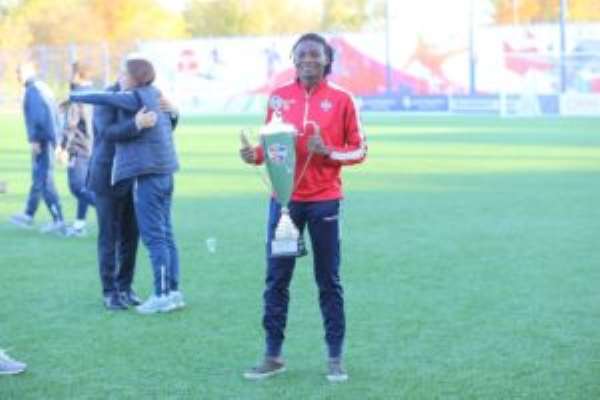 Black Queens defender Faustina Ampah has won the Belarus Women's League with FC Minsk for the second year in a row.

The defender has been a pillar at the back for Minsk as they wrapped up back to back league triumph with two games remaining in the season.

Minsk have lost only a game this season, wining 18 out of 19 games so far. Their only defeat of the season came against Zorka BDU.

The Belarusian giants are top of the log with 54 points, 9 points clear off second place RGOUR and Zorka BDU in third place with 41 points.

Faustina Ampah is expected to join the Black Queens in the coming days ahead of the Africa Women Cup of Nations to be hosted next month in the country.