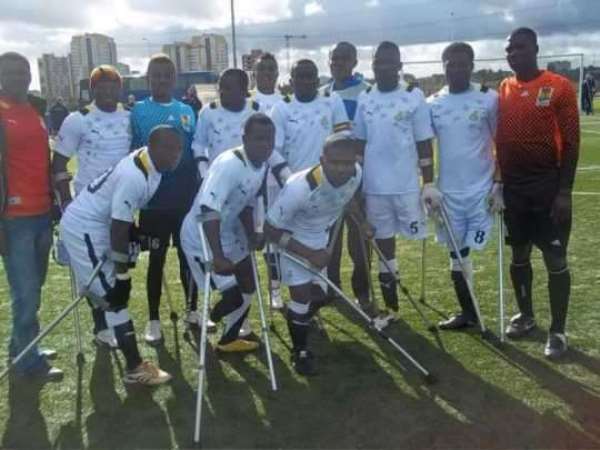 Members of the National Amputee Football, the Black Challenge, are bent on demonstrating against the government on Monday, October 15, despite calls by the Ministry of Youth and Sports and the National Sports Authority (NSA) on them to refrain from the exercise.

In a statement, jointly signed by Richard Arthur Opentil and Antwi Darkwah, captain and deputy captains of the team, it said, they have noticed the circulation of a letter from the Ministry of Youth and Sports, asking them to refrain from embarking on a planned demonstration on Monday.

It said, 'the Ministry has also made it clear, through same letter that it would not support us to represent Ghana at the world cup.

'We want to inform all Ghanaians that, the demonstration is coming on as planned,' the statement added.

'From the Embassy, we are heading to the Jubilee House to inform our father, President Nana Akufo Addo of our decision, after which we shall proceed to the Ministry of Youth and Sports,' it added.

The statement called on all Persons with Disability (PWDs) to join in this fight for our rights.