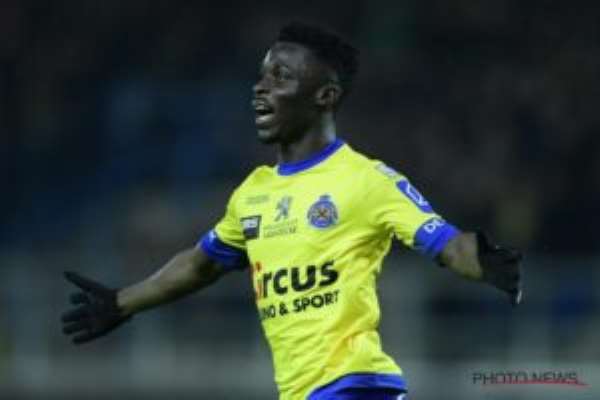 Black Stars winger Nana Opoku Ampomah says Asante Kotoko players should take advantage of their friendly on Friday to prove their worth.

The senior national team will face the Kumasi based outfit at the Baba Yara Stadium on Friday as a replacement game for the cancelled fixture against Sierra Leone.

Ampomah, who is not a big follower of the domestic league believes the game will be a fine opportunity for the Kotoko players.

"I don't really follow the local league but I know Kotoko to be the greatest club in Ghana so-so playing against them will be nice but I believe it is also a very fine opportunity for the players to prove to the world their worth. Who knows most of them might get their breakthroughs from the game,'' he told Sportsworldghana.com

The 22-year-old adds the Black Stars will approach the friendly against Kotoko the same way they would have played Sierra Leone.

''Originally we were invited for the AFCON qualifier match against Sierra which unfortunately has been cancelled but as professionals I don't think we are going to change our approach against Kotoko, we will face them with the same mentality we were going to give to the Sierra Leone game and get the best result for the team,''