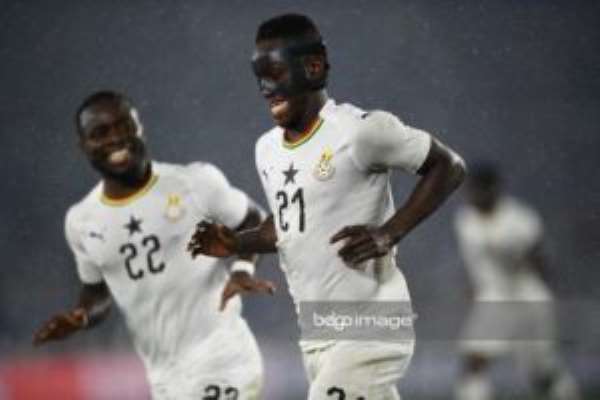 Ghana was due to play Sierra Leone in the Africa Cup of Nations qualifiers at the Baba Yara Sports Stadium but it has been cancelled following the dispute between the FA and government of the West African nation.

Despite the annulment of the game, Boateng says he is eager to face the Ghanaian giants.

"I am ready," he told the media after training on Wednesday.

"Actually I came home for the Sierra Leone game but unfortunately, it's been cancelled but as a footballer, you always have to make your mind whether there is a game or not," he added

"So if we are playing Kotoko, I am ready for the game."

The team has been preparing for the game in Kumasi since Monday before news broke on Tuesday about the cancellation of the fixture.

Meanwhile, the Black Stars have dropped to third in group F of the AFCON qualifiers after the game between Ethiopia and Kenya ended in a stalemate.

Ghana is waiting on CAF and FIFA over a decision on the cancelled fixture.

The match has been scheduled to kick off at 16:00GMT.