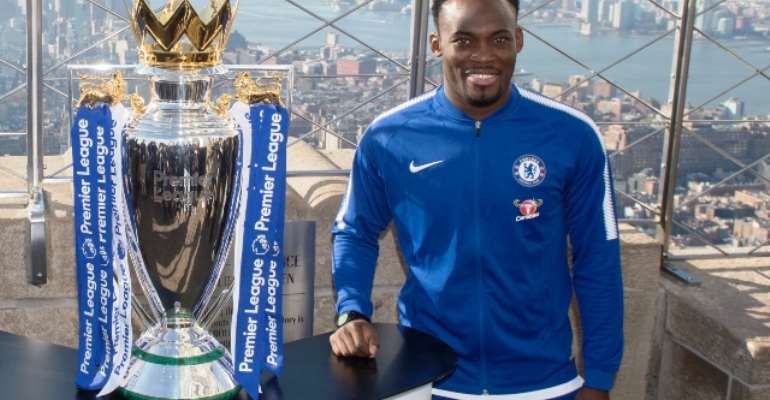 Former Ghana international, Michael Essien has backed his former side, Chelsea to beat Manchester City and Liverpool to the Premier League title this season.

Chelsea are yet to suffer a defeat in the Premier League and are joint-top of the table going into the second international break of the campaign.

Despite their superb start to the season, Maurizio Sarri has claimed City and Liverpool remain a step above his team.

But the 35-year-old who spent nine years at the has been impressed by Chelsea’s start and insists they are capable of winning the title. ‘It’s been good. They have had a very good start,’ he said.

"They are playing very good football at the moment and winning games. Fingers crossed they can continue this until the end. They can win it [the title].

"The Premier League is there to be won so fingers crossed."

The Belgium international said on Monday that he still "dreamed" of joining Real Madrid.

"First of all, it’s still good to have him with us, he’s such a good footballer," Essien told Omnisport.

"He had a very fantastic World Cup and he came back and he’s been doing very well at the moment."