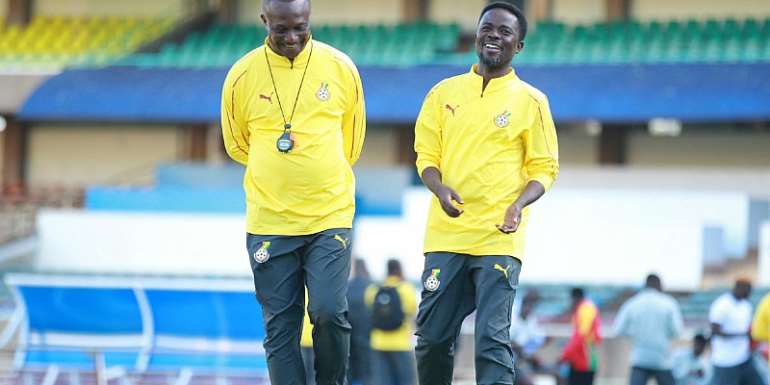 The Communications Director for the FIFA/CAF Normalization Committee Dan Kweku Yeboah claims coach Kwesi Appiah requested for a friendly game against Kotoko just after receiving confirmation that the Cup of Nations qualifier against Sierra Leone had been cancelled.

The four-time African champion were due to host the Leone Stars in the third round qualifiers of the 2019 Africa Cup of Nations at the Baba Yara Sports Stadium on Thursday.

However, a ban imposed on Sierra Leone by FIFA prevented the game from taking place as scheduled on Tuesday.

“We officially received the news that the game has been cancelled yesterday evening, CAF communicated to the normalization committee headed by Dr Kofi Amoah,” he told Happy FM.

“Dr Kofi Amoah also communicated it to the Coach who then asked for us to quickly arrange a friendly against Kotoko to assess some of his player. He wanted to look at some players he invited,” he added.

“Initially there were reports the team would engage Kotoko in a friendly match, which was not true because there wasn’t any decision like that.

“The decision was taken just after the committee realized the game was not coming on.”

Ghana will next play Ethiopia in the 2019 Cup of Nations qualifiers in November.