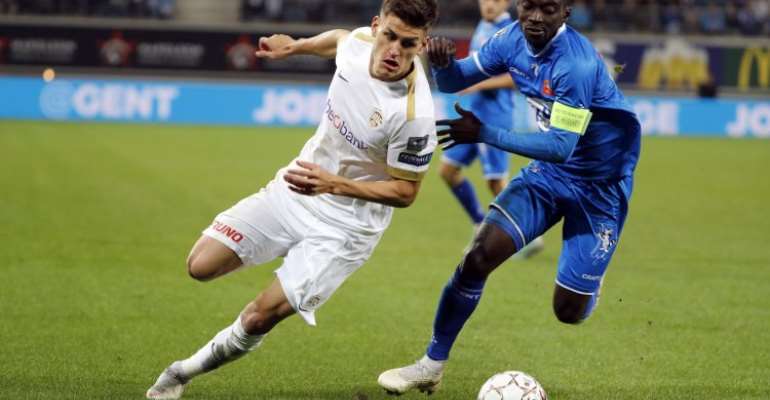 Gent captain Nana Kwesi admits it's been a 'terrible feeling' after his side were clobbered 5-1 by Racking Genk in the Belgian Pro League over the weekend.

Ghanaian forward Josep Paintsil bagged a sensational brace as the visitors recorded the heavy win against the Buffalos at the Ghelamco Arena.

And Ghanaian defender Nana Kwesi Asare admits the defeat is difficult to take.

"This is a terrible feeling. We played against a strong team that has been playing together for a long time, then you have to show 200% sharpness and we did not do that as a team tonight," he said

"We were also dramatic in possession of the ball. The players were warned by the technical staff, but it went defensively wrong.

"We knew it, but we still gave Genk space. We were not allowed to give them a single centimetre, but we did it anyway.

"Especially at the 0-2 and 0-3 was carelessly defended.

"Our positional defense was not good enough today. I can understand them. But at times like this, we have to work together as a single club. We also do not go out on the field to lose."

He added: "I've seen everything here and I understand the fans."