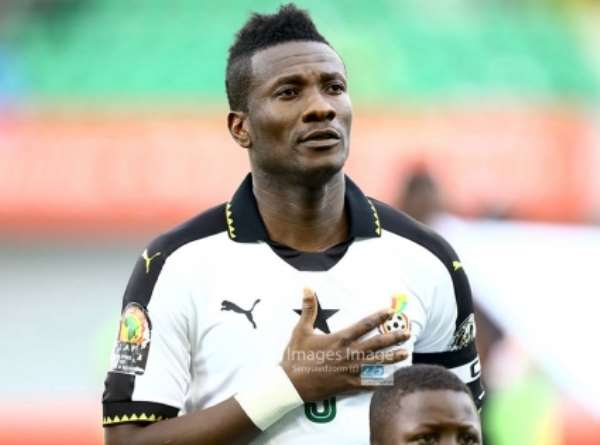 Black Stars skipper, Asamoah Gyan has given the clearest indication that they must win against Sierra Leone in their third round qualifiers of the 2019 Africa Cup of Nations.

The Black Stars host the Leone Stars at the Baba Yara Sports Stadium on October 11 and after losing to Kenya in Nairobi last month, Kwesi Appiah and his team will be hoping to bounce back at their home grounds.

However, Gyan, who has missed the opening two Group H qualifiers, is making a return to skipper the side.

The Kayserispor striker agrees the only way to placate the fans is by bagging the points on Thursday.

''We just got back this afternoon so we just needed to do some shakeup exercises but we didn't do much but most of the guys are playing outside so it won't affect our game,'' he told the media after Monday's training in Kumasi.

''We make sure we come back quickly because we lost our last game and everybody was disappointed and we are here to make the fans happy.

''So three maximum points is very very important for us and that's all we working on.''