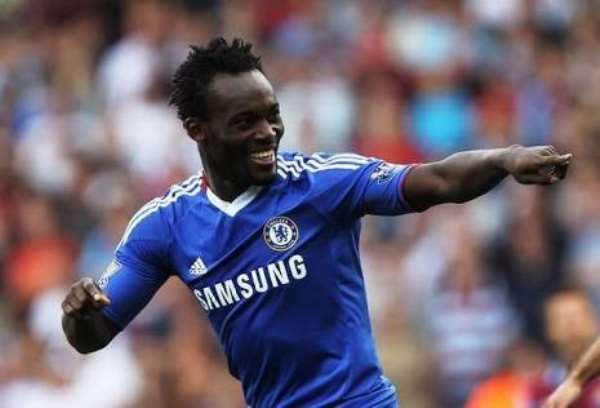 Michael Essien has called on Chelsea star Eden Hazard to reject the overtures from Real Madrid.

The 27-year-old has been impressive under Maurizio Sarri in the ongoing campaign, registering three assists and seven goals in eight appearances to propel the side 2nd on the standings.

However, the Belgian on Monday indicated that he was torn between re-signing with the Blues or securing a "dream move" to Spanish La Liga giants Real Madrid.

But Essien, who enjoyed success with Chelsea before joining Real Madrid, has urged the former Lille ace to remain with the English side.

"First of all, it's still good to have him with us, he's such a good footballer," Essien told Omnisport.

"He had a very fantastic World Cup and he came back and he's been doing very well at the moment.

"Hopefully, he will carry the team until the end [of the season] and we will see. When you're playing well, the big clubs will start coming. As I know, he's happy at Chelsea so, hopefully, he can stay as long as he can."