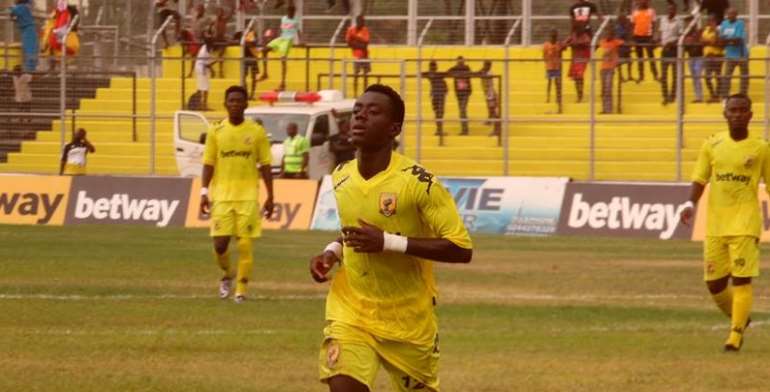 AshantiGold attacker Amos Addai insists he is unsure if he will remain at the club should Asante Kotoko come calling.

Addai has been very impressive for the Miners after earning a promotion to the first team from the academy and has been an integral member of the team.

The 24-year-old has been heavily linked with a move to the Porcupine Warriors since Charles Akunnor joined the Kumasi-based outfit a fortnight ago.

The trickery attacker has now confirmed that he could join Asante Kotoko if they can reach an agreement with his club.

"It's true coach CK Akunnor has called to tell me he needs at Kotoko but I have a contract with AshantiGold but should Kotoko be able to agree with AshantiGold, I have no problem," he told Oyerepa FM.

"Yes I extended my contract for three more years but I haven't received a penny and that's the truth."