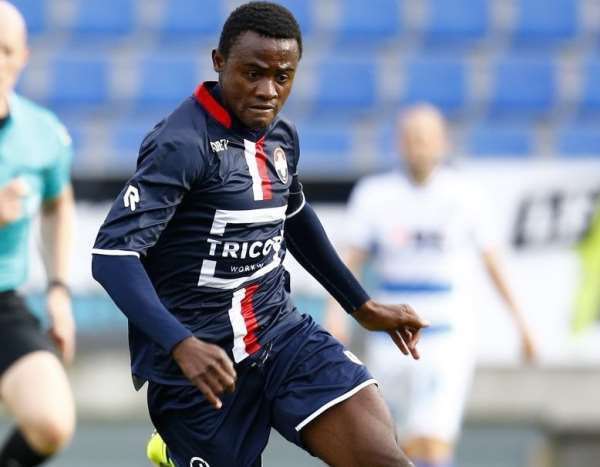 Ghanaian forward Asumah Abubakar is set to be sidelined for some few weeks after suffering an injury in MVV Maastricht home defeat against Den Bosch in the Dutch Eerste Divisie.

MVV Maastricht thump 3-0 in front of their teeming supporters at De Geusselt on Friday evening.

The Ghanaian was replaced by Dutch forward Dogan Golpek just 41 minutes on the clock with a bruised rib.

Abubakar has made featured in all 8 matches for Maastricht since joining in the summer from Willem II.