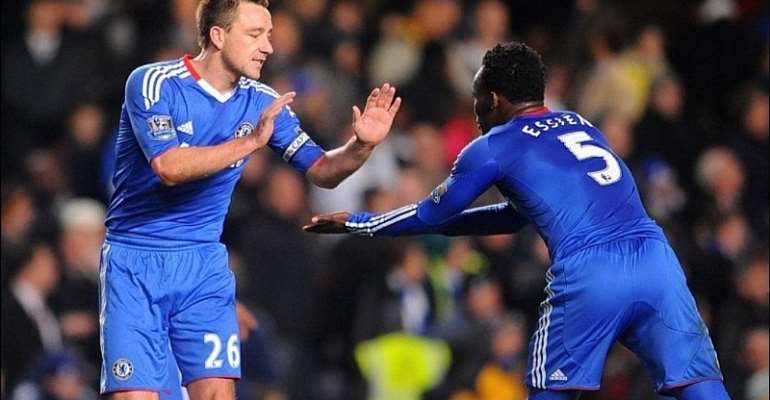 Terry. 37, on Sunday, announced his retirement from football after twenty-two years on his Instagram page saying, saying: "After 23 incredible years as a footballer, I have decided now is the right time for me to retire from playing."

Micheal Essien played with the former Three Lions skipper from 2005 to 2015.

Terry, who earned 78 England caps, left Chelsea in 2017 after two decades at the London club.

The centre-back also won five league cups and a Europa League in more than 700 appearances for Chelsea.

Terry spent the 2017-18 season at Aston Villa and his last game as a professional was the 1-0 Championship play-off final defeat to Fulham in May.

He left Villa Park when his one-year contract expired and turned down a move to Spartak Moscow last month, despite reportedly having a medical, saying it was not right for his family.