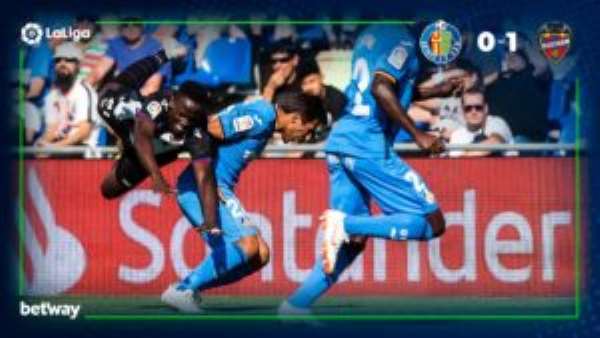 Ghana forward Emmanuel Boateng played a significant role as Levante travelled to be beat Getafe in the Spanish La Liga on Saturday.

Enis Bardhi scored the only goal of the game on the hour mark as Levante make it two win on a row in the La Liga.

Boateng, who was cautioned as early as 22nd minute saw 84 minutes of action before he was replaced by Borja Mayoral.

His compatriot, Raphael Dwamena was an unused substitute but they held on to secure all three points on matchday 7 of the Spanish top flight.

The win lifts them to 10th on the table with 10 points.