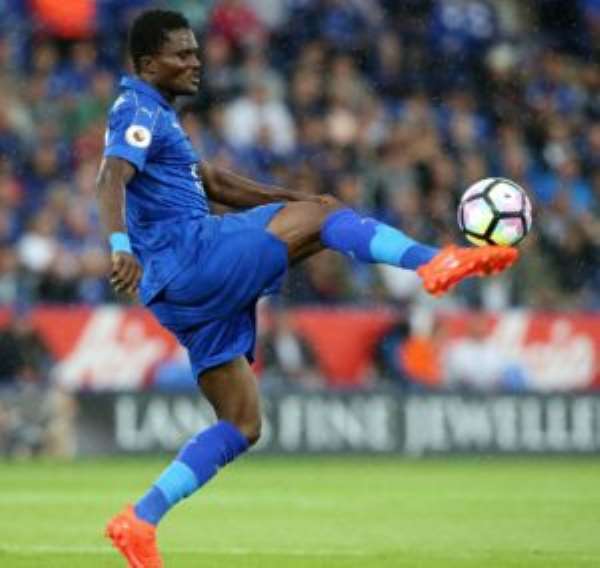 The Ghana international, who has been on a run of consistent form was in the thick of affairs but attracted a caution in the half hour mark.

Brazilian forward Richarlison had put Everton ahead on seven minutes with a close-range volley, set up by some wonderful trickery by Bernard, who was making his first Premier League start since his summer move from Shakhtar Donetsk.

Just before half-time, Ricardo Pereira scored a deserved equaliser for Leicester which came from an Everton corner.

The Portuguese full-back led a counter-attack exchanging passes with Kelechi Iheanacho and then left Toffees defender Jonjoe Kenny on the floor as he twisted and turned inside the box before firing in at Jordan Pickford's near post, the final touch coming off the England keeper.

Leicester continued to push for an equaliser after Sigurdsson's goal and deep into injury time, with Schmeichel joining the attack for a corner, Daniel Amartey missed a free header from close range.

Everton have their first back-to-back wins this season and their first away win, to move up to 10th, while Leicester are in ninth.