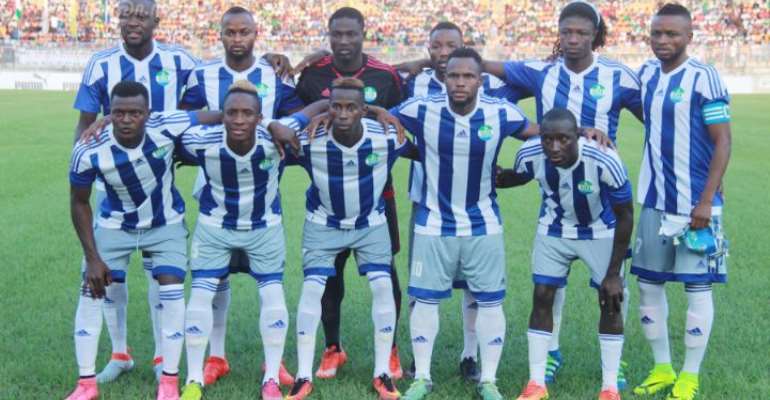 Head of Media and Marketing at the Sierra Leone Football Association, Abubakar Kamara is hoping that they will resolve the FIFA and government melee by Monday in order to honour the 2018 Africa Cup of Nations double-header qualifiers against Ghana.

The Leone Stars were scheduled to travel to Ghana to face the Black Stars in Kumasi on 11 October and the return leg in Freetown three days later.

But the two games were thrown into doubt on Friday after FIFA suspended the Sierra Leone Football Association over government interference.

In September, the country's Anti Corruption Commission (ACC) forced president Isha Johansen and secretary-general Chris Kamara to step down from their offices as both are under investigation on counts of 'abuse of office and misuse of public funds.

However, Fifa statutes do not allow interference from any outside body and, as such, are threatening with to ban the country from international football.

The suspension will be lifted once the SLFA and its recognised leadership (led by SLFA President, Ms Isha Johansen, and SLFA General Secretary, Mr Christopher Kamara) have confirmed to FIFA that the SLFA administration, premises, accounts and communication channels are under their control once again.

"Firstly, the letter is not clear as to when the suspension will take effect. Secondly, we are still on preparation and have reserved our air tickets for departure on Monday," Mr. Kamara told Oyerepa FM.

"However, the EXCOs are meeting with authorities to see how this issue can be resolved by Monday."

"The advance party is coming no more, cancelled their flight and waiting on how things will turn out by Monday.'