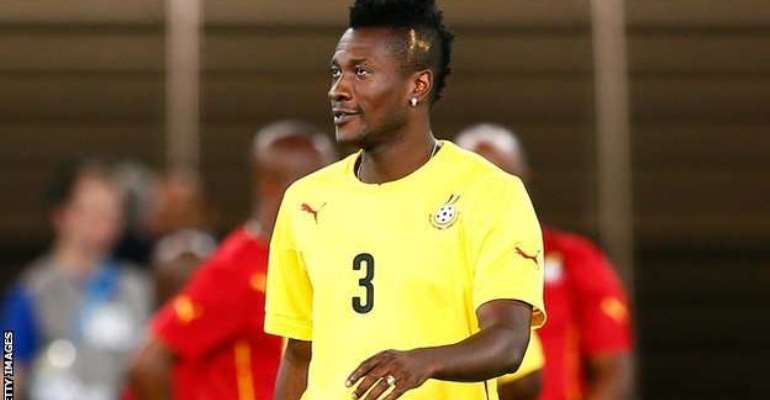 Bernard Mensah has backed his Asamoah Gyan's return to the Ghana national team after his recent call-up for the 2019 Africa Cup of Nations qualifier against Sierra Leone was questioned in some quarters.

Gyan is part of a 23-man squad that will attempt to re-assert Ghana's control in qualifying Group F, but he has barely played this season at Turkish top-flight club Kayserispor, prompting criticism of the call-up.

Mensah is also back in the squad after a three-year absence, but it is Gyan's return after he was dropped for the last qualifier against Kenya that is dominating the sporting conversation in Ghana.

"It is good he is returning, even if he is not playing regularly at club level," Mensah told KweséESPN of his Kayserispor teammate.

"He has too much experience, is too good in front of goal, and has so much to still offer. We saw in the last game against Kenya how many chances we created and couldn't take. Gyan will give us a good option going forward."

Mensah has played ahead of Gyan at club level this season but said the Ghana captain's quality is never in doubt.

"The coach has to make his decisions, but everyone at the club knows Gyan is still a player you can rely on. I train with him every day and I know he has not lost the quality we need at the moment, which is scoring goals.

"He still applies himself greatly at training. I have seen him put in extra work at home, and he is a great influence around the club. He also cares deeply about Ghana, so he will arrive and give his best."

Gyan will be looking to add to his record goal 51 goals in 106 caps for Ghana in the doubleheader against Sierra Leone.