"We Have Not Held Talks With David Duncan" - Aduana Stars PRO 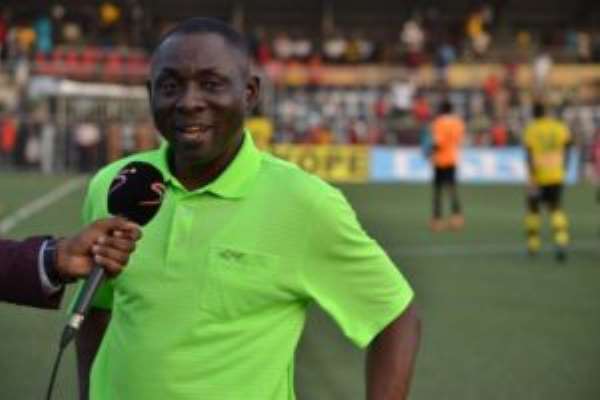 The Communications Director of Aduana Stars, Evans Oppong has rubbished claims that former Kotoko trainer David Duncan have held talks with his outfit.

The two times Ghana Premier League champions are without a substantive coach after the departure of Japanese trainer Kenichi Yatushashi.

However, Mr Oppong has stated the reports are mere rumours but admitted over thirty coaches have sent in their applications.

"We have received 31 applicants for the vacant Aduana Stars job both foreign and local coaches,' he told Kumasi-based Metro FM.

"We have about 15 foreign applicants,4 Italian coaches,3 from Uruguay,1 from Germany,2 from Belarus,3 from Poland and 1 from Congo.

"If you don't get a Coach who demand respect, the players will overshadow him and we don't want that to happen again.

"The rumours about David Duncan is not true..we have not even received his application for the Aduana Stars FC coaching job.

Meanwhile, Evans Oppong stated the club will announce a new coach in the coming days with the Premier League set to return soon.

"The announcement of a new Coach will be made soon. We want to blend the youth with the experienced players so we want the new Coach to build a youth team for Aduana Stars so we don't spend much in the market for players."

"We are not going to expect instant results from the new Coach now because we are the third force in Ghana after Kotoko and Hearts and we want to keep that."