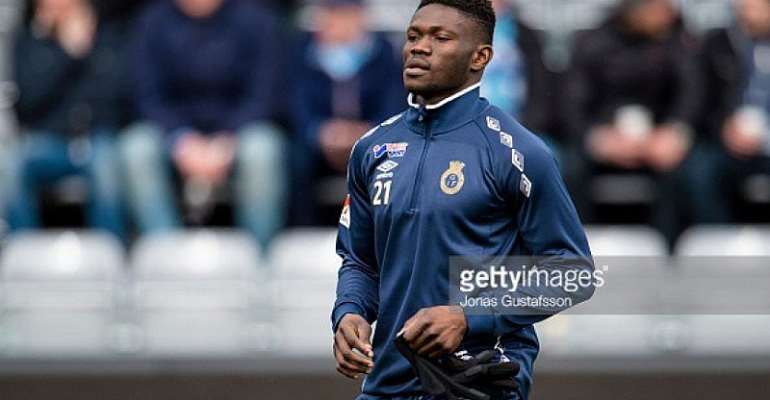 Kumasi Asante Kotoko have signed former Gelfe IF midfielder, Kwame Bonsu on a three-year deal after a successful trial.

The bulky middleman officially joined the Porcupine Warriors after signing the deal at the club's secretariat on Monday morning.

The 24-year-old has been training with the first team of former Ghana Premier League champions since last month.

Bonsu has been without a club after being released from prison in Sweden in July.

He was handed a two-year prison sentence after he was charged for raping and assaulting his wife by a Swedish court.

Bonsu played for Heart of Lions before leaving for Europe to play for FC Rosengård, Mjallby IF and Gelfe IF.