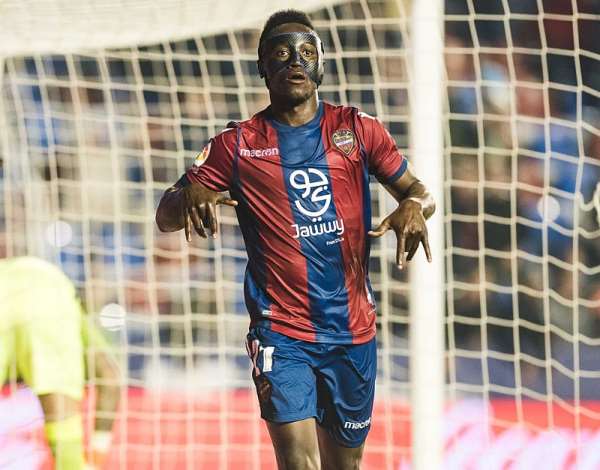 Levante striker Emmanuel Boateng has returned to the Black Stars squad after recovering from injury.

The former Ghana youth international missed last month's qualifier against Kenya in Nairobi due to an injury which made him miss the opening matches in La Liga.

He has since returned to football and made five appearances for Granotas (The Frogs) this season.

Boateng has been named in a four-man attack force alongside captain Asamoah Gyan, Richmond Boakye-Yiadom and Majeed Waris.