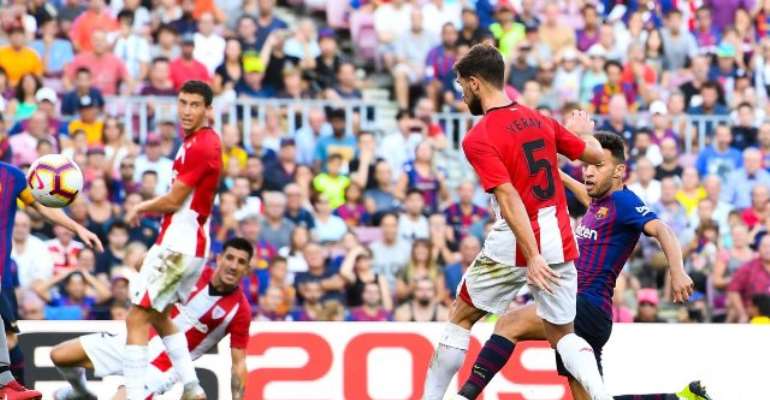 La Liga champions Barcelona's domestic struggles continued as they dropped points for the third game in a row, drawing 1-1 at home to Athletic Bilbao on Saturday after Lionel Messi and Sergio Busquets had begun the match on the substitutes' bench.

Substitute Munir El Haddadi averted a first home defeat for Barca in more than two years by sliding in an equaliser in the 84th minute, meeting a cross by Messi who had been sent on along with Busquets in the second half as Barca chased the game.

Oscar de Marcos had given Athletic a deserved lead in the 41st minute with a volley after Inaki Williams had missed two clear chances to score for the Basque side, who had not picked up a point at the Nou Camp since 2004 when current Barca coach Ernesto Valverde was in charge.

Barca are top of the table with 14 points after seven games but will lose their lead if Real Madrid beat Atletico Madrid in a city derby later on Saturday. (Reporting by Richard Martin; editing by Clare Fallon)