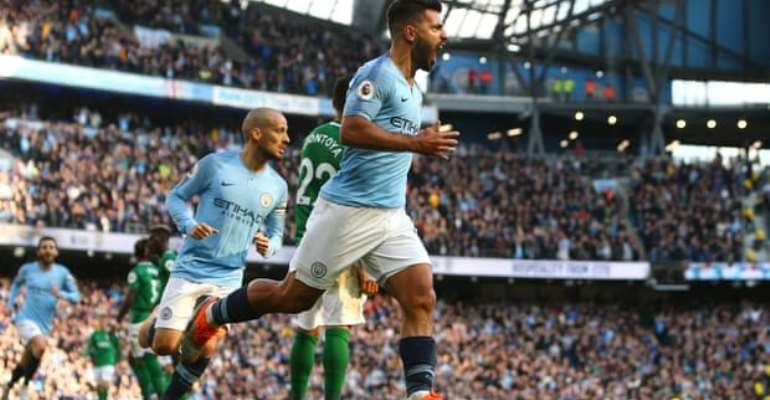 Goals from Raheem Sterling and Sergio Aguero sent Manchester City top of the Premier League with victory over Brighton.

Their stay at the summit may be a brief one - with nearest rivals Liverpool playing third-placed Chelsea in Saturday's late game - but the outcome of this match was rarely in doubt.

Sterling broke the deadlock after 29 minutes, sliding home Leroy Sane's cross after a swift counter-attack opened up the Seagulls defence for the first time.

City continued to dominate and Aguero made sure of the points on 65 minutes, firing home from a Sterling pass to finish a move he started.

Pep Guardiola's side had 28 attempts at goal, while the visitors had just four.

And while Seagulls keeper Mat Ryan was kept busy throughout, the only action Ederson saw in the City goal was to comfortably collect an early looping header by Shane Duffy.