Emmanuel Boateng In, Dwamena Left Out Of Levante Squad For Valladolid Clash 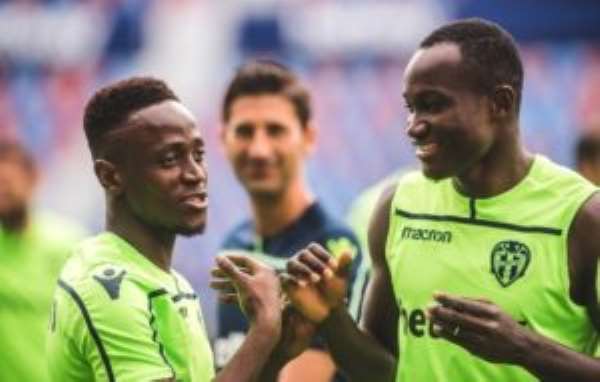 However, striker Emmanuel Boateng will be making the trip to Pucela after has was named by Paco LÃ³pez in the squad and is expected to play a key role for the frogs tonight.

Meanwhile, compatriot Raphael Dwamena has been left out again for a third consecutive matchday squad after missing out on Espanyol and Sevilla.

Dwamena joined the Valencia-based club on a four-year deal from Swiss club FC Zurich this summer and is yet to cement his place in the team.