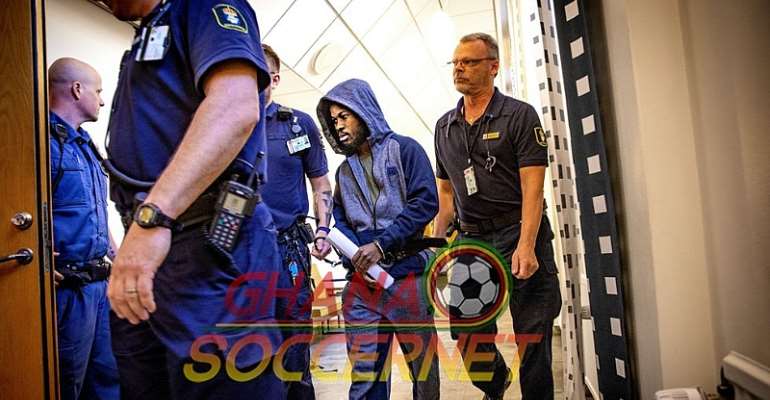 Ghanaian midfielder Kingsley Sarfo has appealed his prison sentence at the Supreme Court in Sweden.

The former Malmo FF player was charged for twice raping a fourteen-year-old girl and was sentenced to two years and eight months in prison.

His lawyer is arguing his sentence for sexual exploitation and not rape.

Sarfo admitted he had sex with the girl and there was saved communication between the two where the girl said she had just turned 14 years called Sarfo "daddy".

"The profession is clear that the Supreme Court will grant a trial and that they should deny the prosecution in its entirety," Sarfo's lawyer Mikael Sundman said.