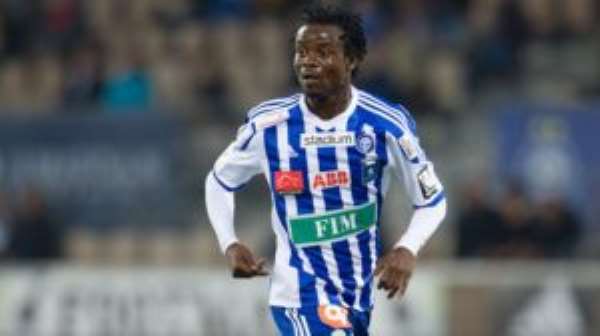 Ghana midfielder Anthony Annan came off the bench to help HJK Helsinki beat Ilves to extend their lead at the top of the Finish league.

The former Accra Hearts of Oak midfielder, who returned from injury over the weekend came on in the 66th minute to replace Eetu Vertainen as HJK secured a 2-1 away win.

The 32-year-old was introduced into the game to neutralize the midfield after Ilves, who were trailing 2-1 had taken control of the middle of the pitch.

The win solidifies HJK's grip of the title with a commanding 15 point gap.