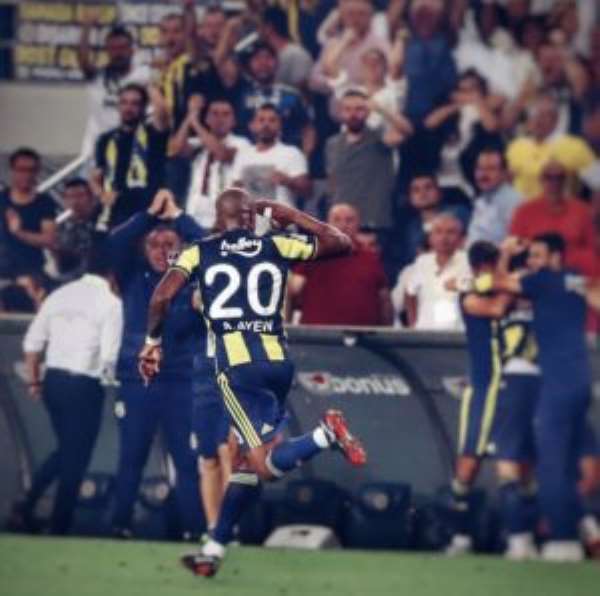 Ghanaian international, Andre Ayew has expressed satisfaction after scoring to earn a point for Fenerbahçe in the Istanbul derby against Beşiktaş on Monday night at the Şükrü Saracoğlu Stadium.

former Liverpool forward Ryan Babel gave the away team the lead in the 37th minutes.

However, the Swansea City loanee cancelled the lead in the 71st minutes to snatch a point for his side.

The 29-year-old expressed his excitement after his goal.

Ayew played full time and has now scored two goals for the club since joining the club in the summer.

Fenerbahçe will next travel to face Rizespor on Sunday with the aim of picking up all three points following their difficult start to the season.