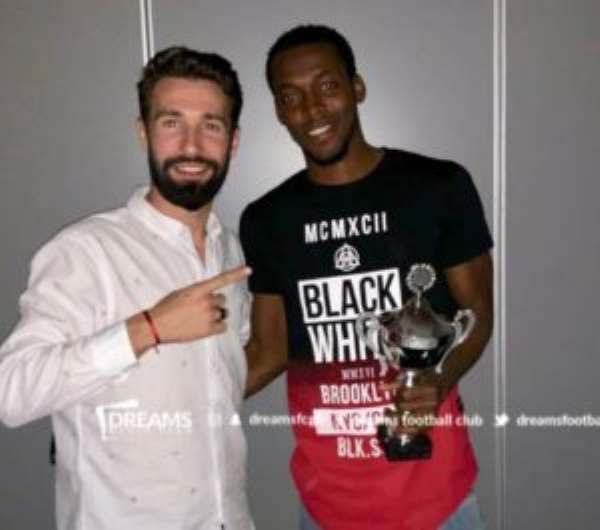 Ghanaian midfielder Manuel Eli Keke was named the best player of the season for Icelandic side Vikingur Olafsvik.

The former Dreams FC defender was adjudged the best player of the club following an outstanding season with the side, despite joining midway through the campaign.

The 22-year-old was handed the award on Saturday evening at the club's annual ball.

Manuel Eli Keke has been a massive hit for the Icelandic team in just his first season with the side.

He played a total of 19 competitive matches for Vikingur Olafsvik who finished the season in fourth place following the 2-1 win at Fram.

Eli Keke was named the best player in the entire league midway through the season.