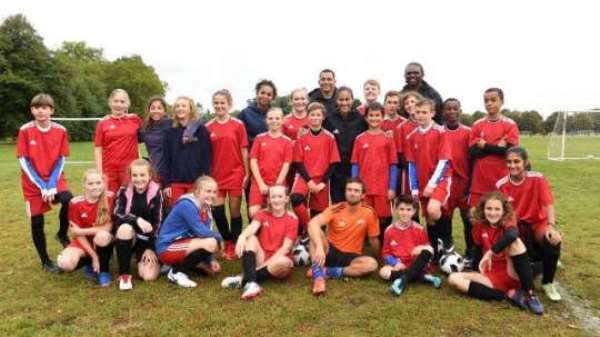 The Federation of International Football Association (FIFA), has supported the refurbishment of facilities on Clapham Common, South London, as part of a new legacy initiative with the London FA.

The initiative is part of FIFA's commitment to using the return of "The Best FIFA Football Awards" in London to help the local community with the changing rooms identified by FIFA, The FA and the London FA, as a legacy project that would benefit grassroots football across the capital.

Clapham Common is currently home to over 30 London FA clubs with hundreds of players in adult and youth, male and female teams.

However, the dilapidated changing rooms and lack of changing space for women and girls has recently led to female players, including the South London Laces, being unable to play on the Common.

Following the contribution by FIFA, women's teams would now be able to take to the pitch again at Clapham Common, with a dedicated space within the renovation, which is set to be completed in six to eight weeks, including separate showers, toilet blocks and changing areas.

Mr Boban said 'this is the true impact of hosting The Best FIFA Football Awards in London, a truly passionate city with an active and engaged grassroots scene. FIFA is giving back to the football world and continuing to invest in developing youth football, across both genders, to continue to grow the game.

"Today, we have seen exactly why that matters. On Monday night, we would celebrate the top players and coaches of the sport, so today we celebrate the unsung heroes of our global game.

'The Best FIFA Football Awards is about 'giving football back to the fans' and it is important that the local children here today will be attending the final show. We believe in giving more opportunities at grassroots level, and these new changing rooms aim to give hope to young players that someday they may too get the chance to win a trophy at The Best FIFA Football Awards.'

Mr Paul Bickerton, London FA CEO, added 'the London FA is committed to working with our partners to achieve tangible results on the ground and we want to thank FIFA for their support. Facilities are crucial to the growing participation in grassroots football in London, and other parts of the UK and these new changing rooms will help the London FA to support The Football Association's philosophy that the game is for anyone, anytime, anywhere.

Joining them was a collection of six FIFA Legends who spent time with players from the local community during a special football clinic - teaching them skills and technique - before taking on a mixed-gender team in an exhibition six-a-side game.