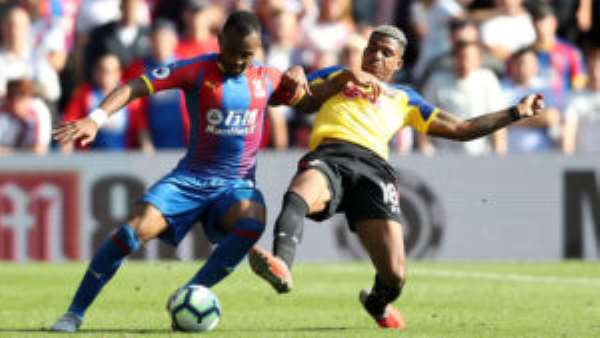 Ghana forward Jordan Ayew played his third game for Crystal Palace in the English Premier League as they shared the spoils with Newcastle United.

The on-loan Swansea City forward played 73 minutes of game and was replaced Alexander Sorloth but a wasteful Crystal Palace settle for a draw.

The home side are still looking for their first home win of the season after being held to a goalless draw by Newcastle at Selhurst Park.

Luka Milivojevic struck the woodwork with a first-half free-kick but Mamadou Sakho would pass up his side's best opportunity of the bench, heading wide from yards out.

Meanwhile, Ayew's compatriot Christian Atsu came on to replace Matt Ritchie in the 72nd minute of the game.