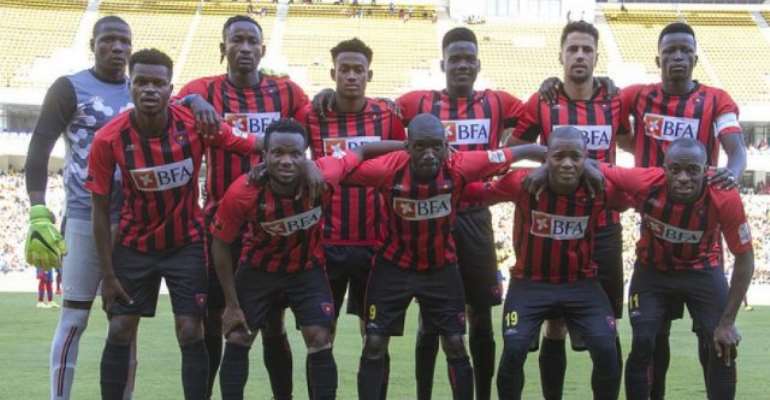 Preimiro beat five-time winners TP Mazembe of DR Congo on the away goals rule after a 1-1 draw in Lubumbashi.

Last Saturday's goalless first leg in Luanda was overshadowed by the deaths of five fans who were crushed.

The Angolans will now face Esperance in October's semi-finals after a 1-0 win over local rivals Etoile du Sahel to complete a 3-1 overall win.

The only goal of the game in Sousse came from virtually Esperance's first shot on target when Ivory Coast-born Fousseny Coulibaly scored in the 87th minute.

Etoile finished the match with 10 men after Ammar El Jemal was shown a red card in injury time.

Hosts Mazembe, who won the second-tier Confederation Cup last year, took the lead against Primeiro after just 12 minutes through Jackson Muleka and then had a goal ruled out for offside.

DR Congo-born Mongo Bokamba then scored the all-important equaliser from a free-kick on 34 minutes.

Mazembe missed the chance to take the lead just before half-time when Ben Malango was fouled for a penalty but his own tentative effort was saved by goalkeeper Tony Cabaca.

The home fans thought their side had taken the lead with 20 minutes left to play when veteran Tresor Mputu scored but it was ruled as the referee had already blown to award Mazembe a free kick.

The Angolans held on to reach the last four of the Champions League for the first time in their history.