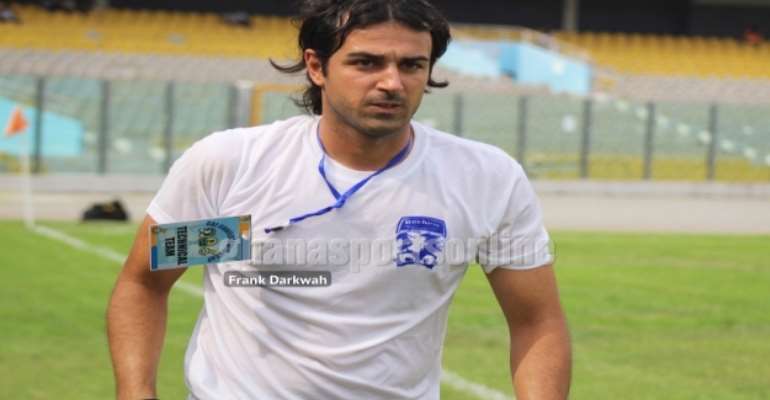 Reports indicate that the Italian gaffer arrived in the country last night on the invitation of Asante Kotoko as the club fast-track interviews for the vacant role.

The 33-year-old is yet to meet with both the Board and the Management of the Club to begin his interview.

On Thursday, Chief Executive Officer of the club George Amoako revealed that 27 coaches have applied for the job but only three of them are local coaches.

The Porcupine Warriors coaching role became vacant last week following the resignation of Paa Kwesi Fabin after only seven months in charge of the club, citing personal reasons for his departure.

Alberto Annese is expected to be at the Obuasi Len-Clay Stadium on Sunday to witness their 'Golden Clash' against regional rivals AshantiGold SC.

'Visit our lands again and we'll visit mayhem on you' — Chi...
54 minutes ago