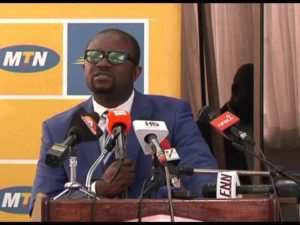 Executive Chairman of Dreams FC Kurt E.S Okraku has lauded the Ghana League Clubs Association and Startimes for organizing a new competition as the country awaits the return of the domestic league.

GHALCA and StarTimes are set to launch a tournament involving Premier League and Division One clubs.

This tournament will afford club's that have been in active the opportunity to engage in some football action following the halt of the domestic top flight league.

Meanwhile, talks are ongoing to have the competition named after the late Dr Kofi Annan, who will be laid to rest on Thursday.

Dreams FC boss, who has confirmed his club's participation, says this competition couldn't have come at a better time.

'We [Dreams FC] will compete in this tournament,' Okraku told Dreams TV.

'I think it's even long overdue.' The competition is sponsored by television broadcasting firm StarTimes who are supporting with a whooping $100,000.