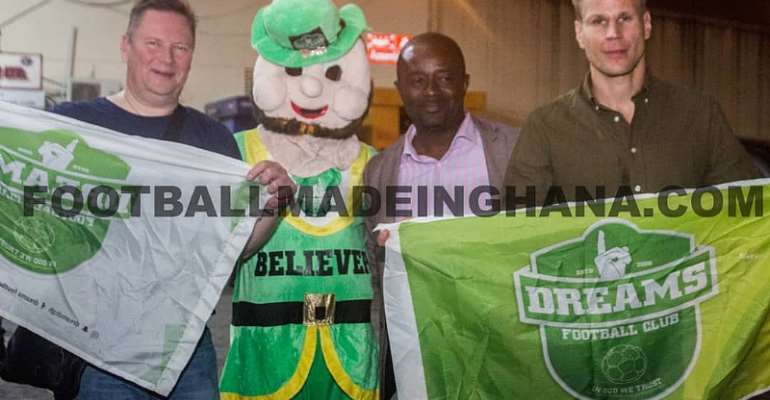 Chairman Risto Niva and manager Toni Koskela arrived in Accra on Thursday night to finalize talks on a prospective partnership with the Ghana Premier League club.

Their trip to Ghana follows initial talks between the two clubs earlier this year while Dreams FC's Executive Chairman Kurt E.S Okraku was on tour in Europe.

While in Ghana, the two top officials will get to see the first and youth teams of Dreams FC in match situations with an organized scouting tournament from September 7-9.

They will also tour the club's existing facilities including the Theatre of Dreams, Dawu.

The prospective partnership will cover areas of player transfers, exchange programs and investment in infrastructure.