Motivational packages for Gaisah and Simpson 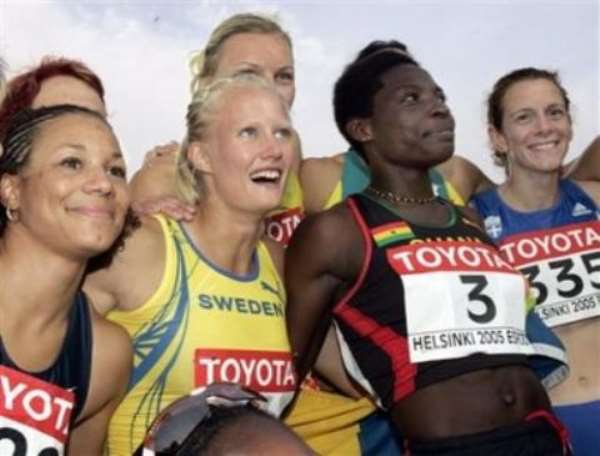 Accra, Oct. 10, GNA - Two Ghanaian athletes, Ignatius Gaisah and Margaret Simpson will received a motivational package totalling six thousand dollars from the Ministry of Education and Sports as a reward for their performance in the recent World Athletics Championship in Helsinki, Finland. Simpson who won a bronze medal in the female Heptathlon, received 500 dollars for reaching the finals of the competition and a 2,000-dollar winning bonus for the medal. Gaisah also received 500 dollars for making it to the finals of the Long Jump category and 3,000 dollars as winning bonus for picking silver at the championship. Mr Emmanuel Oteng Aboagye General Secretary of the Ghana Athletics Association (GAA) told the GNA Sports that Simpson is expected to leave Accra on Monday evening for Mauritius where she is undertaking an International Olympic Committee (IOC) scholarship and will be presented with his prize before her departure. He said Gaisah is also scheduled to pick his package by the close of Wednesday, October 12, before he departs for his base in Holland.
The General Secretary said Aziz Zakari also received 500 dollars for reaching the finals of the 100 meters division. Explaining the differences in the money, Mr Oteng Aboagye said each athlete was to receive 500 dollars for making progress to the finals, whilst gold, silver and bronze medals attracts 5, 000, 3,000 and 2,000 dollars respectively.