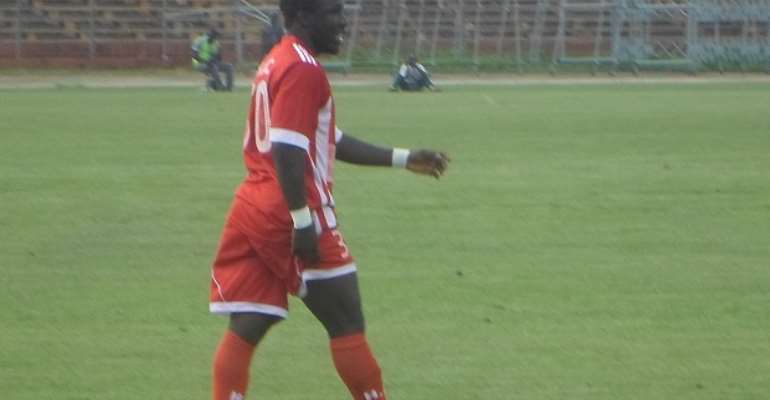 GHANASoccernet.com's African football expert Nuhu Adams has a lowdown of how Ghanaian players fared in the CAF inter-clubs competitions.

CAF CHAMPIONS LEAGUE Brefo Mensah was in his full elements as he assisted all two goals when Horoya AC beat AS Togo-Port 2-1 in Conakry on Friday.

Mensah could have gotten himself a goal eventually but he missed a spot kick.

Ocansey Mandela increased his tally in the competition to four after netting the first goal as the Guinean champions overcome AS Togo-Port.

Sebe Baffour Kyei lasted the entire duration to ensure Horoya AC claim all three points to put them second on the log.

Left-back Hudu Yakubu impressed for AS Togo-Port despite their defeat to the Guineans.

He assisted the only goal for his side. In eSwatini, Richard Sewu was an unused substitute as Mbabane Swallows suffered a 3-0 humiliation at the hands of Zambian giants ZESCO United.

CAF CONFEDERATION CUP Enyimba FC edged closer to securing a spot in the quarter-final after beating Djoliba AC at away on Sunday.

Former King Faisal and Elmina Sharks midfielder Farouk Mohammed got the solitary goal for the Nigerian champions through a spot-kick.

Tawrik Jebrin came on in the 92nd minute for Al Masry as they picked a point in Mozambique on Sunday.