Koufie to return to GFA 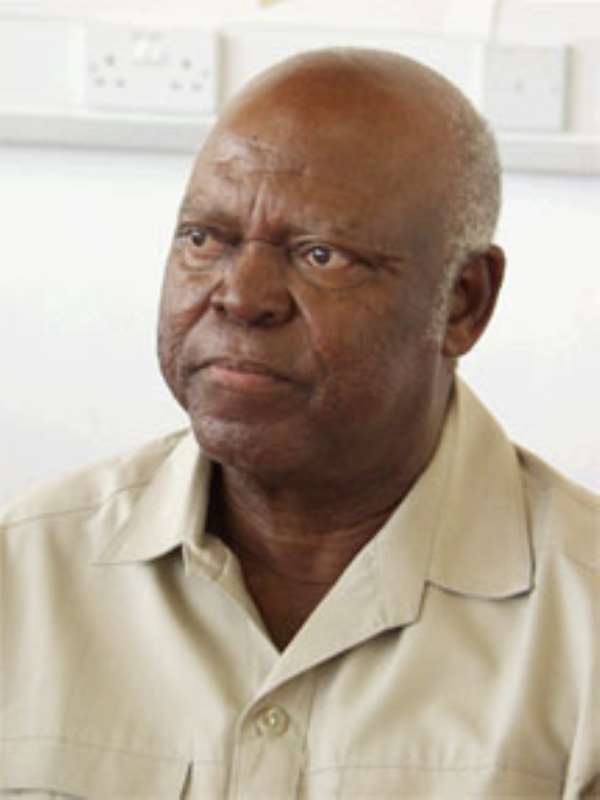 Former Ghana Football Association(GFA) Management Board Chairman,Mr Benjamin Koufie, could soon make a return to the country's soccer governing body as head of its technical directorate.

It has been more than one year since the GFA's Technical Directorate was left vacant after it was vacated by Mr Fred Osam-Duodu to take up a similar appointment in The Gambia and also as the head coach of the country's under17 team.

Mr Koufie has confirmed to the Graphic Sports that he was in talks with the GFA on a possible appointment for the vacant position.

And he appears excited at the opportunity to be entrusted with such an important role in the development of the game. "I have been contacted on the possibility of taking up that position and talks are progressing well," Mr Koufie told this paper in Lima, Peru.

The former GFA boss was attached to the Black Starlets by the Ministry of Education and Sports in an advisory capacity to bring his experience to bear on the team during their training tour of Brazil and at the FIFA Under-17 Championship in Peru where Ghana was eliminated at the preliminary round.

The Graphic Sports has learnt that soccer's world governing body,FIFA,has tasked the GFA, as a matter of urgency,to appoint a Technical Director as soon as possible to oversee the development of the game, specially the FIFA GOAL project.

GFA sources told this paper that Mr Kablan, FIFA's supervisor of the GOAL project in West Africa, at the recent signing in Accra of a $500,000 GOAL II project criticised the GFA for failing to find a replacement for Mr Osam-Duodu whose current Gambia contract runs out in May.

For several months now the GFA has been looking for the man to fill the technical directorate position and has advertised the vacant position for interested candidates to send their applications for consideration.

One-time national goalkeeper,Anue Coffie,is one of a few coaches who have expressed interest.

However,it appears Mr Koufie looks the most suitable and qualified person to handle the sensitive job,especially as he was the architect of the GFA's blueprint for football development -the Five-Year Development Plan adopted in 2001 during his tenure administration.

He,therefore,will be expected to fully implement the Five-Year Development Plan that he is so passionate about.

It was also during his administration that FIFA approved of Ghana's GOAL project and released $400,000 to develop the huge training facility named the Ghanaman Centre of Excellence at Prampram.

The ex-GFA boss told this paper that the development of structures to ensure proper development of the game had always been his passion and he would be ready to place his expertise and experience at the disposal of the nation.

"We can only achieve sustained success if we do the right thing, by continuously developing our coaches to handle players at all levels of the game throughout the country.

We need proper grassroots development and development of our facilities as well," he told the Graphic Sports.

Coach Osam-Duodu is not surprised it has taken the GFA a long time to fill the vacuum his exit created, although he still dreams of one day returning to the technical directorate.

"That position must be filled with a very knowledgeable person... and I'm not saying there are no knowledgeable people to take over. But in my case I am a CAF instructor.

I have achieved success at all levels, I am a member of the British Coaches Association, a guest writer for FIFA, and one-time General Secretary of the GFA.

Ghana needs an all rounder,someone with vast experience to take charge of that position," he told the Graphic Sports in an interview in Lima, Peru."That position is very vital in football administration.

When Ben Koufie brought in the Five-Year Development Plan, it was on my shoulder as the GFA's Technical Director and I travelled across the country with the assistance of Coach Emmaunuel Afranie and others to help implement it. That vacuum will not help our cause," Mr Osam Duodu said.