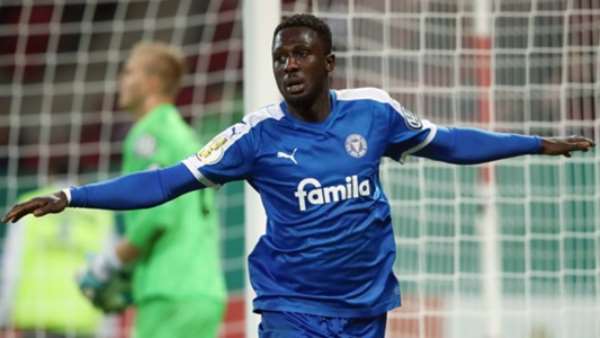 Ghanaian forward Kingsley Schindler has made an injury return ahead of 1860 Munich's home game against Holstein Kiel in the DFB Pokal on Sunday.

The striker has been out for some weeks following an injury sustained during training.

He returned to first-team training on Thursday and would be expected to feature for the Munich club in the preliminary stages of the competition.

The 25-year-old has already featured in all of the club's Bundesliga II games but has not scored yet.

I've never seen a male goat or cow running after another mal...
13 minutes ago