In Form Solomon Asante Named In USL Team Of The Week 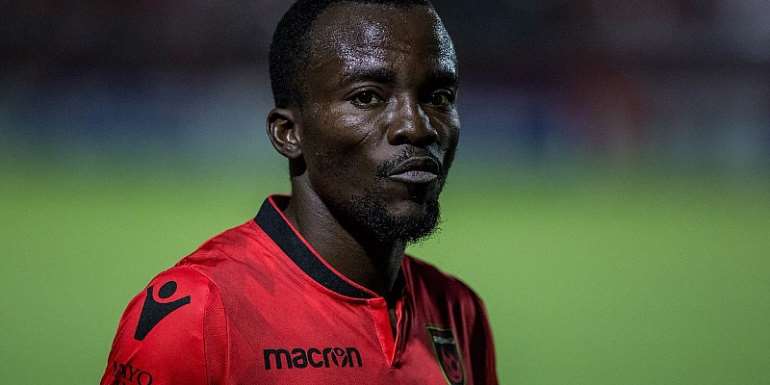 Ghanaian international Solomon Asante has been named in the United States League (USL) team of the week for his mesmerizing performance for Phoenix Rising FC over the weekend.

The elusive attacking player found the back of the net three times to complete his hat-trick as his team lost to Orange County SC by three goals to four.

Despite the home defeat, the red-hot Solomon Asante took the second half of the game by the scrap of the neck as he dazzled and entertain supporters whiles bagging his hat-trick.

The former Berekum Chelsea FC and TP Mazembe speedster’s performance for Phoenix Rising FC in that match have earned him a slot in the USL player of the week.

In the ongoing league season, the Ghanaian has scored 7 goals in 22 games. In the process he has helped Phoenix Rising FC to 4th Position on the league log.

Solomon Asante has been exciting to watch as well as productive for his side all season and he could be up for the player of the season award should he continue to be on top form for the rest of the season.