Gov’t Calls For Dialogue With FIFA Over Suspension Threat 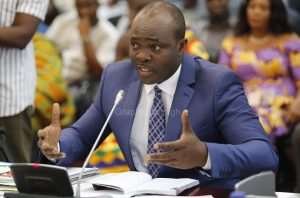 The Government of Ghana has called for further discussions with world football governing body, FIFA, in response to FIFA's threat over a ban if a petition to dissolve is not withdrawn.

FIFA sent a letter to Ghana on Tuesday asking that the petition to be taken out of court by August 27 or an international ban will be handed to Ghana for government interference.

Government’s petition to the High Court court to dissolve the Ghana FA was a major fallout from the Anas Aremeyaw Anas documentary on corruption in Ghana football.

The government, in its response to FIFA, said that further discussions are needed to find a balance between fighting criminal behaviour per Ghana’s laws and respecting FIFA's laws dealing with interference in the running of football in each of its member states.

In a letter signed by Sports Minister, Isaac Asiamah, the government said that:

"Ghana recognises the mandate of FIFA to administer football globally. Government of Ghana is not interested in interfering with the administration of football in Ghana.”

"It is our understanding that FIFA remains committed to purging football administration in Ghana of corruption and related criminal conduct, which objective is in accord with that of the Government of Ghana.”

It is unclear what FIFA’s response will be to Ghana’s demands of a meeting but the country’s letter hints of a possible urge to avoid a ban since that will affect the Black Stars as they are scheduled to play against Kenya in the 2019 AFCON qualifiers in September.

In addition, the nation’s women’s U-17 team, the Black Maidens, are to travel to Uruguay for the U-17 World Cup in November.