The Major Gambling Presence in Football 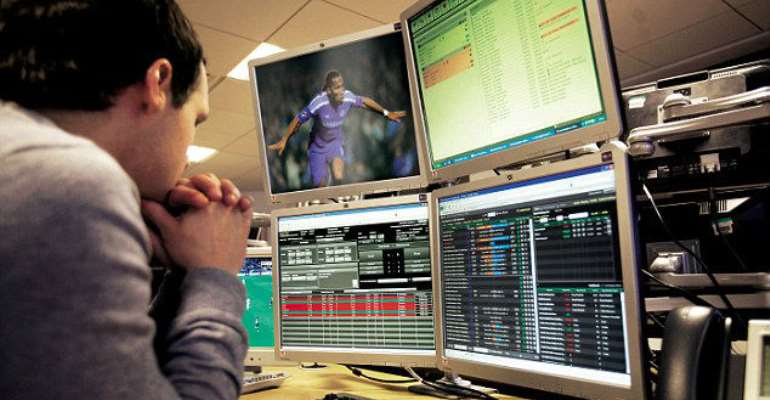 For most, the relationship between sports and casinos is one that doesn't quite make sense, but the fact is, it's there and it's a lot bigger than most would care to believe.

Casino enthusiasts would be familiar with the large range of casino games offering football themes, especially right before a major world cup event. Toponlinecasinos.ca explains that even those who don't play casino games might have seen a few well-known casino and gambling brands on the field in the form of sponsors, which is where the biggest part of the relationship comes in.

In 2012, the premier league had a total of 25% sponsorship from gambling and casino sites, which is a major amount, considering the incredible sponsorship fees required by these clubs. While 25% might seem like a lot, it doesn't compare to the 50% Premier League sponsorship in 2016 and 2017.

The Gambling Affects with Football Sponsoring

Bet365, one of the biggest online casino and betting sites has a major presence in football betting among other forms of sport. In 2012, the online gambling site signed a sponsorship deal with Stoke City. The deal gave Bet365 major results as they now include over 19 million users and saw huge growth in revenue in 2012. In fact, the group generated £646 million during 2012 and a staggering 12 billion wagers in the same year.

Genting Casinos is yet another major name in gambling as they own over 40 land-based establishments in the UK and have recently created a major online presence. The company's sponsorship records include the entire season for Aston Villa F.C. in 2012. The agreement carried on for another 2 years, giving the gambling group a big enough boost to consider creating a complex for entertainment at the National Exhibition Center.

Bwin. Party, yet another major gambling name for online and land-based players signed a deal with Real Madrid to sponsor T-shirts for 5 years, during which the group managed to obtain more than 20% of the Spanish gambling market. After ending the deal in 2012, Bwin decided to back Manchester in hopes of gaming more players from other regions.

While these sponsorships might be those/ of a few years ago, it shows off the incredible growth that casinos involve, not only for the club but for their own revenue as well. There are many other gambling destinations with a major impact on football events and clubs, offering huge amounts to form part of the team and have their logo on clothing or some other aspect of the team.

Best Football Casino Games
Apart from the major sponsorships, there are many other aspects of casinos that relate to football, which doesn't revolve around sports betting. As mentioned above, many online developers have created games to specifically present football. Some of these were created to give players a build up to major world cups while others simply added the game as another great opportunity to feature a theme we all love.

Let's have a look at some of the most popular football-themed slots available and what makes them so great. There are multiple options to choose from, including titles from leading developers and newer game creators who all aim to deliver a remarkable gaming experience. If you're up for an exciting football game, try these:

Striker Fortune from Nyx Interactive is by far one of the most innovative football-themed slots available. It offers a 5x3 reel layout with 99 ways to connect instead of pay lines. The goal of the game isn't to create combinations as with a traditional game, but rather to get the teams to line up and score a goal. Even the payouts have been set in a way that shows odds, including 500:1 if your selected team wins the match by 8 goals. Of course, there's also a bonus feature when 3 trophy symbols appear, giving your team the opportunity to hone their skills on the training grounds and scoring multipliers.

Football Star from Microgaming has become one of the most popular football-themed slots. With a huge payout rate of over 96% and exciting bonus features, it's no wonder this 5-reel and 243 ways to win slot remain a top-choice. Unlike Striker Fortune, the payout of Microgaming's variation is standard but impresses with multiple bonus features and huge rewards. A random feature can turn the middle reel completely wild and there's a rolling reel feature that makes winning combinations disappear once they've given you winnings. The free spins are the most exciting as up to 25 spins are available and it includes multipliers each time a rolling reels feature activates.

Football: Champion's Cup is one of the latest football-themed slots that was released by NetEnt. From the very second, you enter the game, it's clear that new and exciting features are about to form part of your experience. It offers 5 reels and 20 pay lines with rewards of up to 2,000 coins per combination, but the bonus features are where huge winnings are accessible. During the main game, golden wilds represent any others for bigger wins while scatter symbols would provide a free spin bonus with extra wilds and bigger winnings, thanks to multipliers. There's also a penalty shootout bonus feature where you need to be on your game for huge winnings and to pot it all off, there's an additional feature called overlaying wilds that turns at least 2 reels into wilds at complete random.

There are other football slots available and developers have even created a few unique arcade-style football games that offer great winnings and action-packed opportunities with each round. However, if you're new to the world of online casinos, try these mentioned above for the best experience.

Future of Football and Casinos
If the past is any indication as to what the future holds, it's sure to be a bright one and we'll get to see many new advancements in the world of online gaming and of course, football sponsorships. Not only are gambling sites getting more involved with clubs and teams, but developers are find new ways to relate to football fans with the latest technology and gaming features.