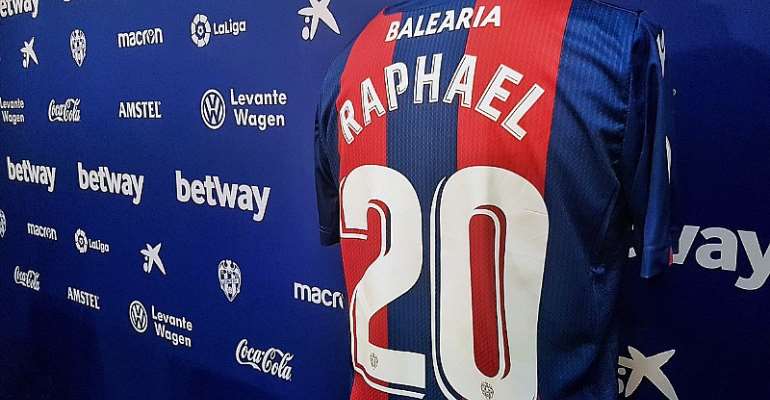 Ghana international, Raphael Dwamena has been handed the number 20 jersey at UD Levante.

The 23-year-old signed a four-year deal last week and was unveiled on Monday afternoon after completing his move from FC Zurich in ongoing summer transfer window.

Dwamena is expected to form a deadly partnership with international teammate Emmanuel Boateng when he recovers from an ankle injury.

The future of the Ghanaian had been hugely speculated with a number of clubs in Europe reportedly interested in his signature.

But Levante stole the march off their competitors by snapping the Ghanaian on a long-term deal.

English side Brighton & Hove Albion renewed their interest in the striker after failing to sign him in the January transfer due to fitness concerns.