OPINION: Football Reforms In Ghana - Whither Goest Thou Government? 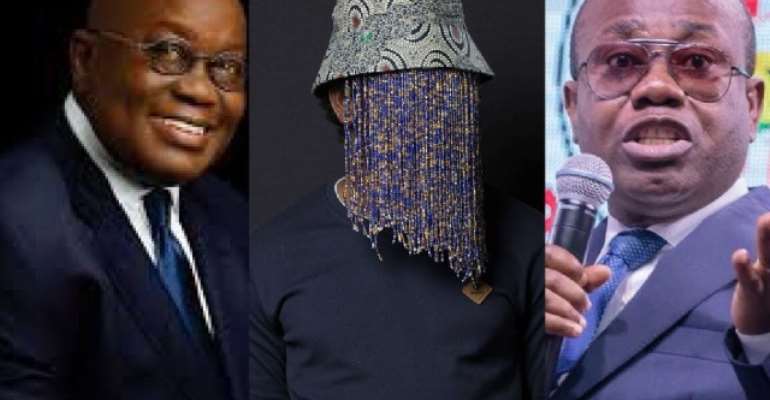 'Some Iraqis desperately wanted Saddam Hussein out but fifteen years down the line, some Iraqis feel sad at the state of the country. No jobs, political and economic instability, continuous suicide attacks and many more. It is not any better in Libya.

Yes, we Libyans could barely speak out on anything but under Brother Gaddafi, we lived in a beautiful country. Our lives were not under threat like we see today. There were thousands of workers from as far as the Philippines who worked here. I got an instant job after graduating from University. I even benefited from government funds when I was getting married. Today, I could do with a loaf of bread.' These were the comments of a friend Mansour (original name withheld) a few days ago.

I am sure you are wondering what the situation in Libya and Iraq have got to do with sports and my write up. In the build up to the Anas Expose, many were those who were desperate to see the 'rot' in Ghana Football. The teasers by the Tiger Eye team, a few days before only made such calls deafening. The decision by President Akufo Addo essentially calling for the arrest of the GFA boss coupled with the airing of the video virtually brought football in Ghana to its knees. Respected individuals had their integrity in tatters.

Government had moved to dissolve the football control body. The mantra of football being the opium of the masses was clearly brought to the fore. No one, but for a few people wanted to have anything to do with the sport. Within a few days, Lawyer Kwesi had lost out on a string of honours. He was no longer 1st CAF Vice President, WAFU boss, GFA boss and had been suspended from his position as a FIFA Council Member. Our beloved sport was virtually on its knees.

The Government announced a 5-man team to oversee the sport. Before they could even get to act, that mandate had virtually been withdrawn. The premises of the FA had been declared a Crime Scene. The 'listening Government' in response to the 'masses' had moved to dissolve the Football Association. According to Ghanaian Attorney General Madam Gloria Akuffo, 'The GFA has now become an instrument for self-aggrandisement by people who run it to make themselves rich.' It was that bad.

Enter the Liaison Committee. Millionaire businessman Dr Kofi Amoah (my Asante Mampong Uncle) and Francis Oti Akenteng were tasked following several meetings involving the government of Ghana, CAF and FIFA to steer the affairs of football in the country with particular emphasis on the National Teams. That made sense as quite a number of them (The Princesses, the Maidens, the Black Stars and Aduana Stars) were going to be involved in one competition or the other. All others have been on hold since the Premiering of the documentary.

I would be the last person who would not clamour for reforms. Surely there are a number of things that need a significant upgrade. Would discuss that later. My worry for now though has to do with a Communication gap which appears to be a massive challenge to all and sundry involved in the sport. I am certainly not calling for a return of Ghana Football at all cost. The right things have to be done and, in the process, something has to be given which at this point has to do with the long-suffering of players, administrators and other ancillaries like the waakye, pure water and abelewas sellers on match days. My big brother Dan Kwaku Yeboah has been doing his bit to communicate the plans of the two-man team but to be honest, information is as scanty as owning a gulf stream jet. Beyond responding to issues that crop up, there has been practically nothing on short, medium and long-term plans. Is there a plan at all, one would wonder?

The team would do all of us a world of good if there is a clear-cut plan to institute reforms in Ghana Football. I have had a listen to several individuals on the subject of reforms with some very juicy ideas. Sadly though, it appears they only turn out as thoughts and nothing else. Government, in my opinion, should step up with a clear-cut and implementable plan. I do not know who Dr Amoah and Mr Oti are speaking to in the background to make things happen within a reasonable time. It's been two months already and you get the feeling that there isn't enough communication on the way forward. I am not forcing the hand or mouth of anybody. After all, we have gone through many moments of litigations that stalled our football. This though is a completely different kettle of fish. It was more than an apocalypse.

I live on my sporting life and here in Ghana, football is the dominant sport. With little or nothing happening, the same people who called for the head of Saddam and Brother Gaddafi and have now turned around to complain more than the Rohingya in Myanmar may find their way into the hearts and ears of government. Those same people would complain about how the lack of football is affecting their daily lives. I am sure some women may even complain of their husbands and boyfriends denying them sex since they are so broke to provide and enjoy the returns on their investment.

Two months may be deemed tolerable enough but months without any clear action could be costly.

I am desperately waiting to hear a clear plan. Clear enough to be hopeful and enhancing my daily bread. I am not being selfish. I live on the sport being active and not inactive. Man must just survive mates.

If you repeatedly offend your gods, they'll kill you - Chief...
38 minutes ago