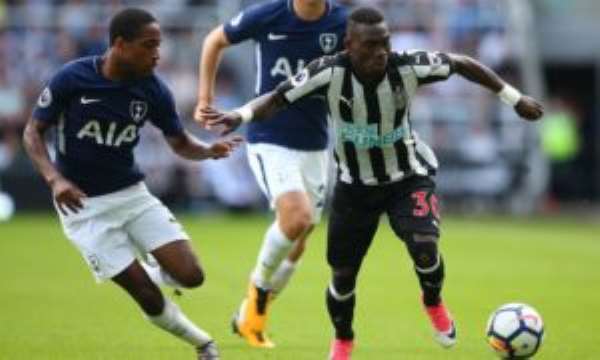 Newcastle United fans have expressed their displeasure by their Rafa Benitez's decision to bring on Christian Atsu in their 2-1 defeat against Tottenham Hotspurs in the opening day of the Premier League.

Rafa Benitez's side put on a solid display but they were undone by two first-half goals from Jan Vertonghen and Del Alli.

The Magpies came close to equalizing in the second half but the likes of Diame, Rondon and Kenedy failed to convert their chances.

Benitez decided to bring on Christian Atsu to add some pace to his attack and change the game. However, the Ghanaian failed miserably and his performance frustrated the home fans.

Atsu looked well off the pace and his decision making seemed abysmal. The Newcastle fans were unhappy with Benitez's decision to bring him on in place of Ritchie.

On the other hand, Brazilian winger Kenedy put in an impressive performance. Apart from the miss in the second half, the on-loan Chelsea player did not put a foot wrong against the Londoners.

Check the tweets below: 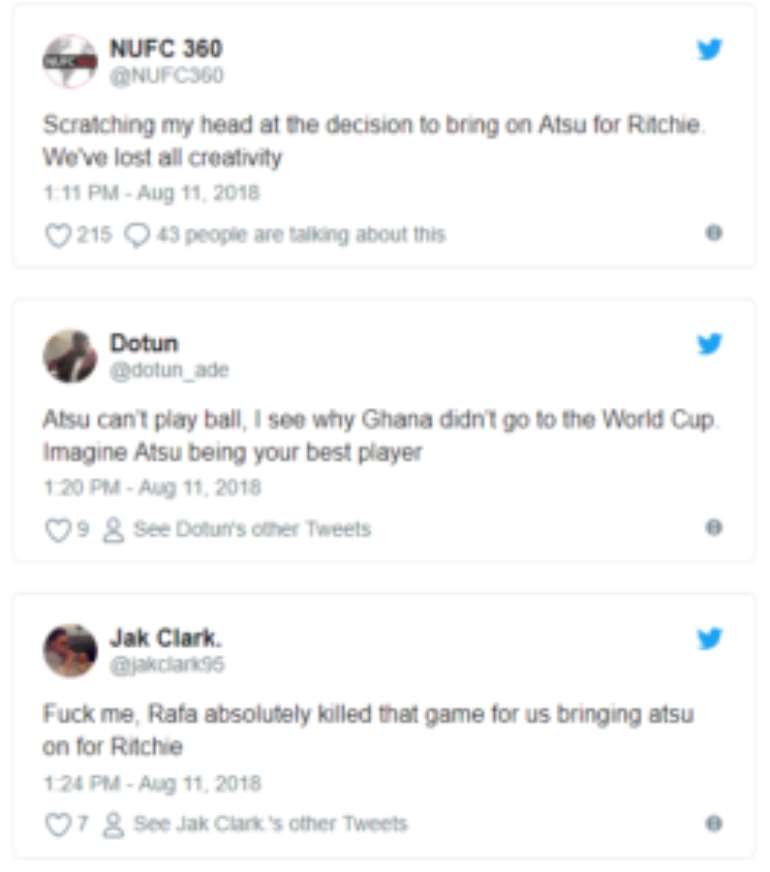 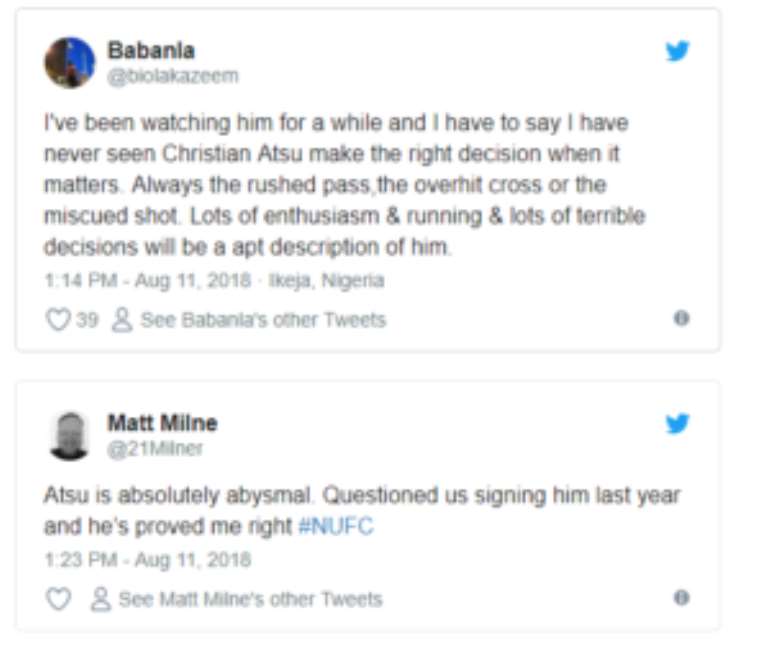