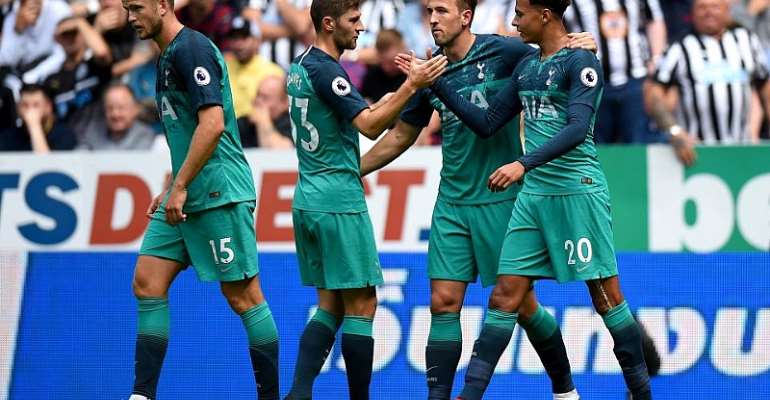 Tottenham Hotspur kicked off their Premier League 2018/19 campaign with a 2-1 victory over Newcastle United for a second season in a row.

It was a nervy display as a raucous St James’ Park rocked the visitors, but they made it through a tough 90 minutes thanks to headers from Jan Vertonghen and Dele Alli, who scored either side of Joselu’s equaliser.

Spurs kicked off the early goalscoring when Vertonghen’s flick-on from Davinson Sanchez’s original header was deemed to have beaten Martin Dubravka by goal-line technology after eight minutes.

Pochettino’s men, though, were dominant, despite some sloppy passes and the oppressive and boisterous home support.

And it told with a Christian Eriksen mistake then falling to Serge Aurier who launched an enticing ball to the back post for Dele Alli to head into the far corner.

Beyond the half-hour mark, the Magpies grew into the game once more, troubling the weak Spurs midfield with some excellent pressing and some stunning runs from Chelsea loanee Kenedy.

Straight after the break Mohamed Diame slammed a shot into the post with Eriksen and Aurier switching off to the danger.

But Spurs rallied with three good chances in the space of a minute as they attempted to quell a Newcastle United uprising.

They were lucky to survive another scare seconds after their own treble-salvo but were saved thanks to an inexplicably poor touch from danger man Kenedy.

But the introduction of Mousa Dembele for Spurs calmed things down, allowing them time on the ball to tire out their opponents.

Newcastle did give Mauricio Pochettino’s men one late scare as Vertonghen’s challenge clipped a Salomon Rondon shot up past Lloris but onto the crossbar, allowing the Lilywhites to survive.

Star Man
Vertonghen is Spurs’ second-oldest player and went the distance at the World Cup with Belgium. His legs were weary but he never let it show too much with an exemplary performance at the back alongside Davinson Sanchez. His goal, by just nine millimetres, was his first since 2013.