Frank Acheampong On Target As Tianjin Teda Cruise To Victory 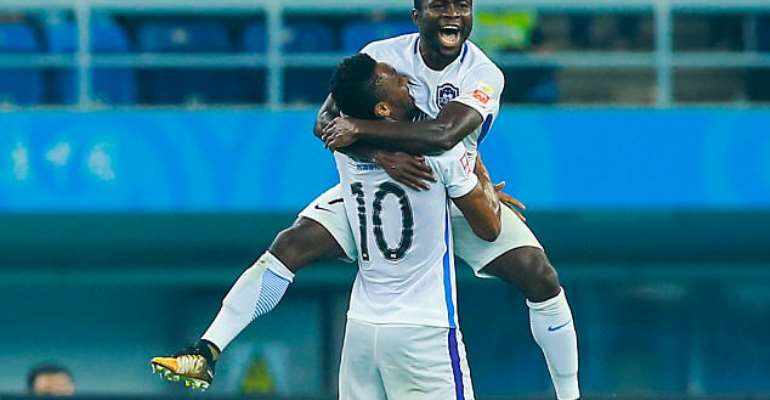 Ghanaian International Frank Acheampong was on target for his side Tianjin Teda in the Chinese Super League yesterday as they beat Henan Jianye by two goals to nothing.

Franck Acheampong has been on fire since the start of the Chinese Super League season and has been putting up good performances for his side week after week.

Not only for his side, the red-hot winger has been one of the best players in the league season after putting up mesmerizing displays for his side consistently.

The Black Stars winger opened the scoring for Tianjin Teda yesterday just thirteen (13th) minutes into the first half with a sublime finish.

Fellow teammate Johnathan found the back of the net on the forty-fourth (44th) minute to secure all three points for the side.

Not only did Acheampong got on the score sheet, he terrorizes the defence of his opponents with his direct runs at them. His pacey runs was just a joy to watch.

With his goal yesterday, Franck Acheampong his taken his goals tally to twelve (12) this season. After only seventeen matches played, he has helped his side to 6th position on the league table.

The former Anderlecht danger man is third on the top scorers chat and just a goal behind the first and second.

If Acheampong continues his good form in the coming weeks, he might just rise up on the chart and take the first position.

Additionally, if he keeps performing and scoring, he will be among a few players to be tipped for the player of the season award. Of course, it is a long way to go in the season and we wish him all the best.