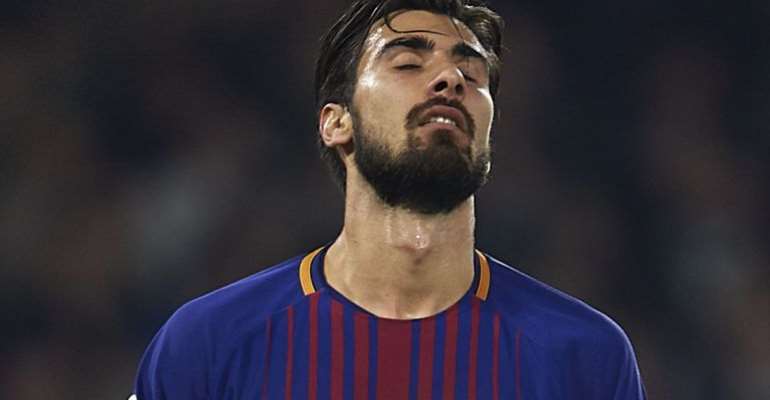 Everton have signed Portugal international Andre Gomes on a season-long loan from Barcelona, according to Sky sources.

Barcelona have announced Everton will pay them a loan fee of £2m for Gomes and will also cover the midfielder's wages in full.

Gomes, who won the European Championships with Portugal in 2016, has found regular first-team football hard to come by at the Nou Camp since joining the Catalans in a big-money move from Valencia in 2016.

Gomes made his name at Benfica where he helped the Lisbon-based outfit win a domestic treble in 2014. He joined Valencia that summer before making the move to the Mestalla permanent a year later.

The 25-year-old joined Barcelona in a £42m deal in 2016, less than a fortnight after helping Portugal win the European Championship.

Earlier, Barcelona announced the sale of highly-coveted Colombia international Yerry Mina to Everton in a deal worth up to £28.5m.

The two clubs enjoy a healthy relationship, with left-back Lucas Digne already moving to Goodison Park from the Nou Camp in this window.

Akufo-Addo appoints UG pollster as Director of Research at t...
49 minutes ago

Muntaka has defamed all Supreme Court judges with bribery cl...
49 minutes ago