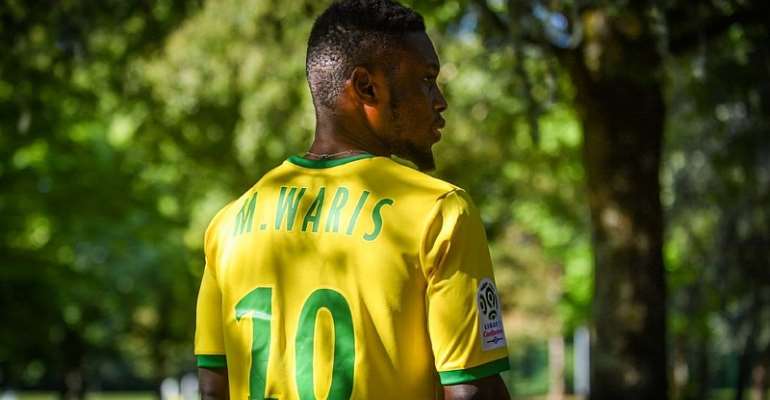 The on-loan Porto striker joined Nantes on a season-long loan and expects to feature prominently for the club coached by former Leicester City manager Claudio Ranieri.

Meanwhile, according to Waris, who has spent time in France before, playing for Lorient and Valenciennes, it is an opportunity to earn regular play time.

"I don't have a preferred position, I just want to score goals," Waris, who can play on either flank and as a hitman, said at his official unveiling.

"I wanted to play more, to improve, hence my choice to come to Nantes."

The 26-year-old spent the second half of last season on-loan at Porto before moving to the Portuguese club on a permanent deal last month. The forward, though, has since moved on loan to the Canaries who hold the option to make the deal permanent.

Waris struggled for form last season, with his only goal coming in Ligue 2 for former club FC Lorient.

He failed to hit the back of the net in eight appearances for Porto across all competitions.