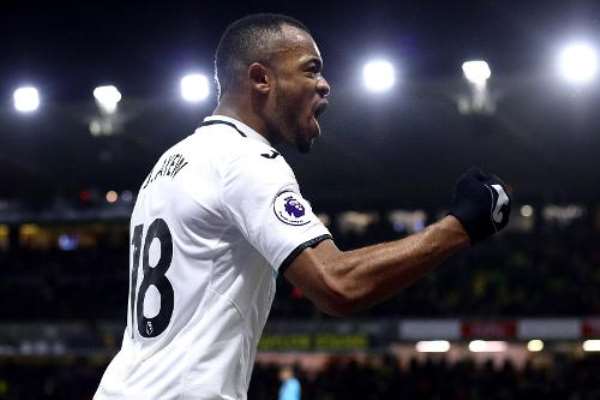 English Premier League side, Crystal Palace have reached an agreement over a loan switch for Jordan Ayew from Swansea City.

Roy Hodgson's side have reached an agreement with Swansea City over the switch of the Ghana international this summer.

Jordan will undergo a mandatory medical at the Selhurst Park.

The former Aston Villa forward have refused to train with the first team of the Welsh-based side for some days now.

However, the Swans had wanted £12million for him and had even turned down a £7million bid from Fulham earlier in the window.

He is joining his compatriot Jeffrey Schlupp at Crystal Palace.