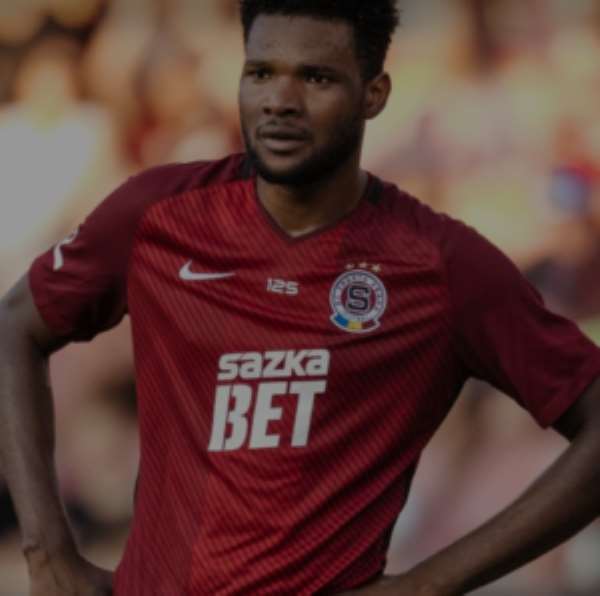 Ghanaian forward Benjamin Tetteh is happy to finally get off the mark for Sparta Prague in their 1-0 win over SlovÃ¡cko in the Czech top flight league.

The 20-year-old forward fired the Reds to victory against his former side as they made it three wins on the bounce in the league.

Tetteh had drawn a blank in the opening two games in the league as well as the UEFA Europa League qualifiers before striking on the 36th minute against Slovacko on Sunday.

"I'm happy to have won. It was not an easy match, but we did it, so I'm happy for the whole team," he told the club's website.

The lanky forward was asked if it's a relief that you have finally endeared.

"Of course, I'm glad it fell to me. Especially against the Slovak where I was playing, that's special. I'm happy."

Was it an easy ending for you?
"Yes, but it is the merit of trying to create such a chance and doing everything to get into it."

Was it difficult to prepare for SlovÃ¡cko after Thursday's heartbreak in the Europa League?

"Not really, we are all professionals and we know what needs to be done for proper regeneration. We were well prepared.'